What's in my Beach Bag? 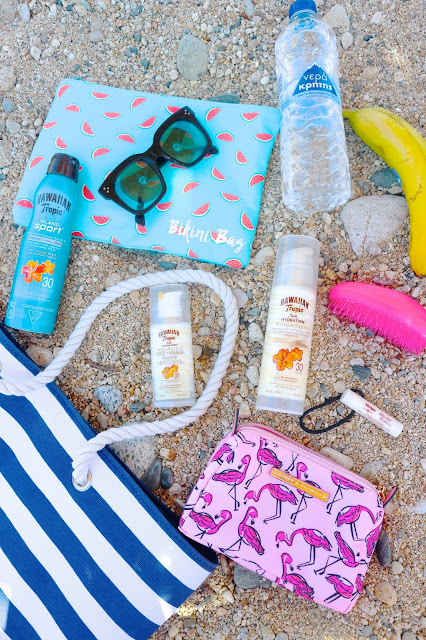 If you have been following me on my Instagram @syd.hoff you know I just got back home from Greece. I was island hoping the last two weeks and had such an amazing time going from beach to beach. I thought after spending all that time on the beach I would share with you what I kept in my beach bag. 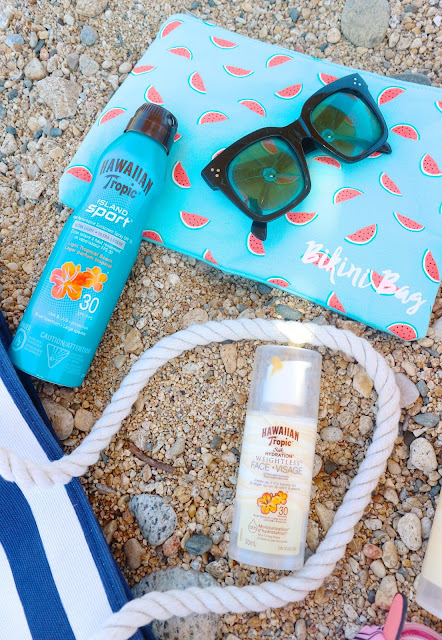 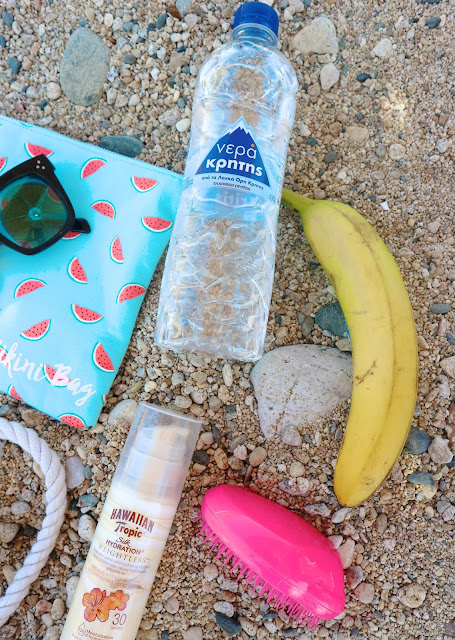 7. Hawaiian Tropic Silk Hydration weightless body sunscreen (my favourite)
8. Tangle Teezer Hairbrush (my hair gets so tangled coming in and out of the water)
9. Hair Elastic (If it's too windy or too hot I always need to whip my hair up)
10. Poppy&Peonies bag (great to put money, hotel key etc.)
11. Blistex SPF lip moisturizer 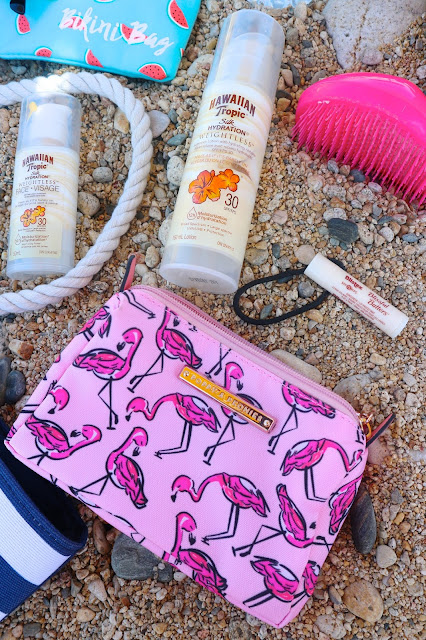 12. Of course a solid beach bag (I love longer straps to easily throw over my shoulder) 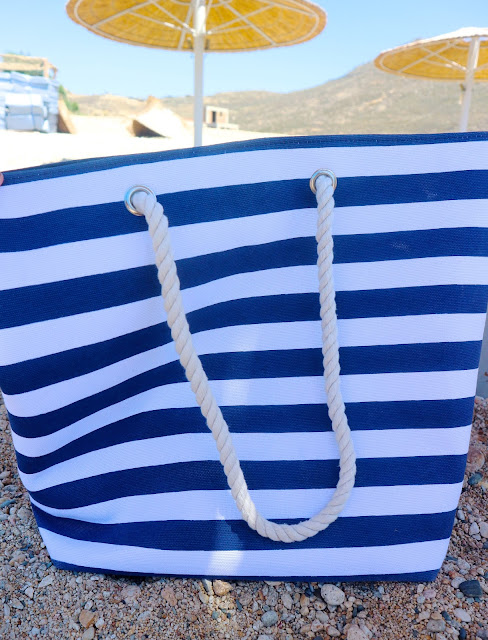 I have officially posted my first YouTube video!! I thought what better way to start off my YouTube channel than a fun vlog from my trip in Serifos Greece.

Click the video below to check out my first vlog!
Greece Vlog - Serifos

There is definitely some kinks I still need to work out in the filming department, but I really wanted to share the beauty of Serifos with you guys!!

I hope you enjoy it and I will have a Santorini vlog coming to you soon :)

Unwrap Some Good with Nestlé

I just came back from the Nestlé factory in Toronto which is one of Canada's oldest and largest confectionary production facilities. I was lucky enough to get a full tour of how they make all the yummy chocolate bars. I was like a little kid in a candy store. I was fascinated with how the chocolate bars all come together. 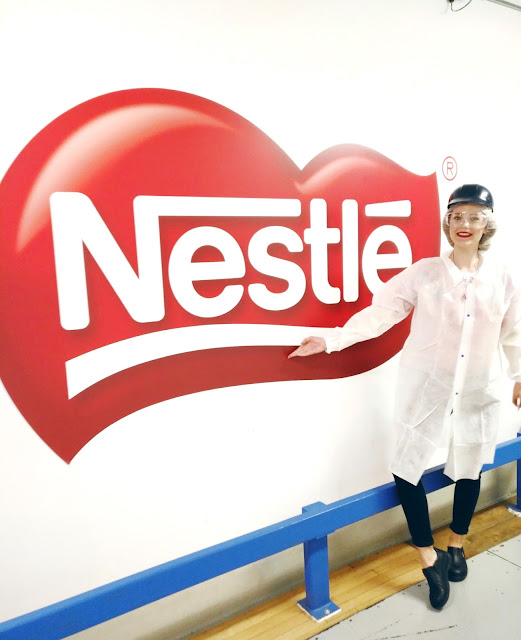 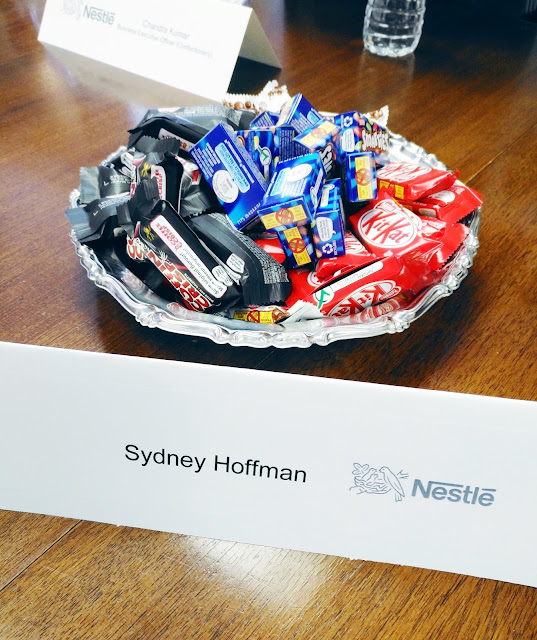 While I was there I learned some cool facts about how Nestlé makes their chocolate bars and treats. They are peanut free and are not made with any artificial flavours or colours. 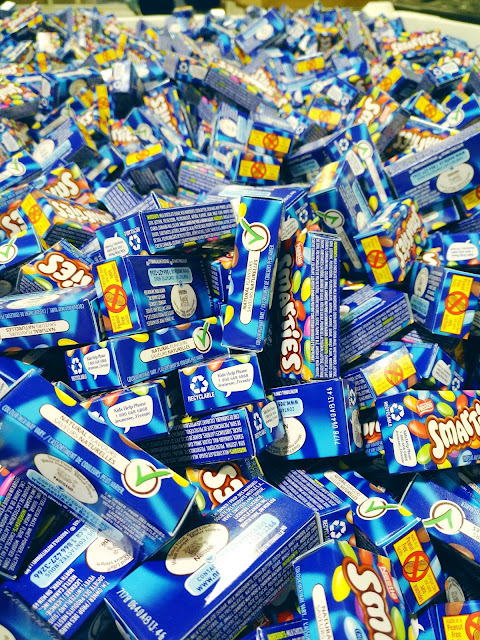 *Smarties chocolate being poured in* 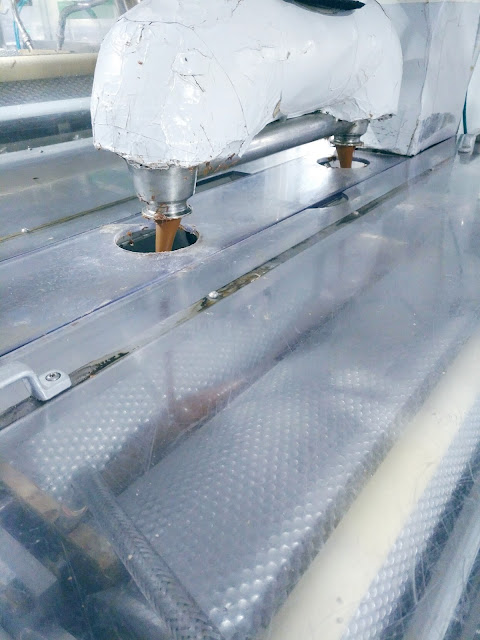 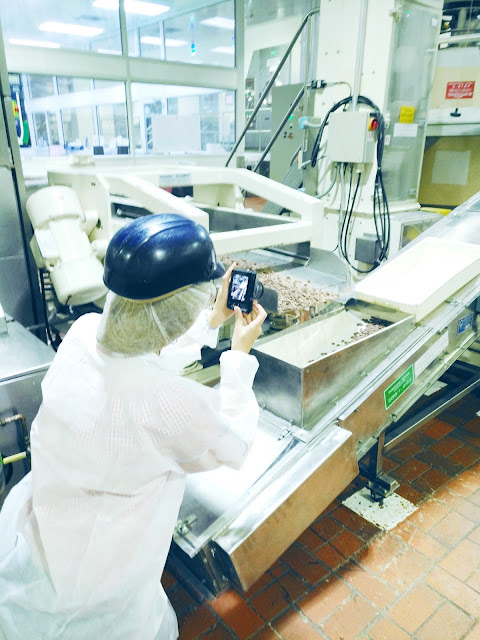 I've always known Nestlé treats are delicious but today I learned some really important facts about how the company makes their products. The biggest thing I discovered is the passion Nestlé has for using 100% sustainable cocoa in their products. It made me look at the brand in a whole new light and I think it's something that should be shared with everyone. Nestlé has created something called 'The Cocoa Plan'. Their mission is to help out with key issues facing their cocoa farmers. Nestlé has gone above and beyond to source the best cocoa and to help the people who are living in the communities where the cocoa farms are. Nestlé has helped invest over $150 million in the communities where they source their cocoa from.

*Kit Kat packages waiting to be wrapped around chocolate bars* 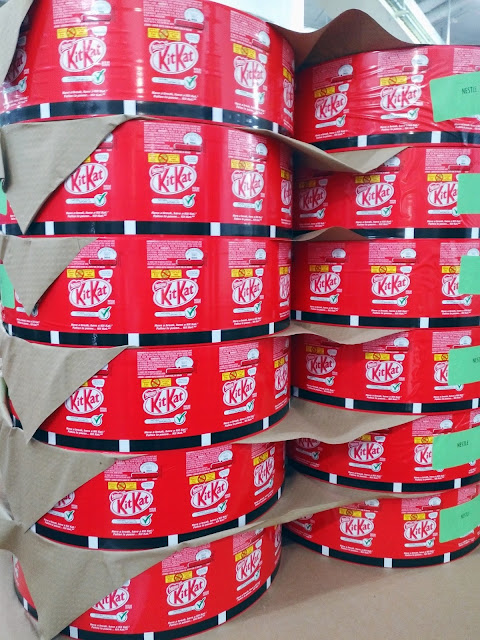 *Kit Kat bars rolling out all ready to go* 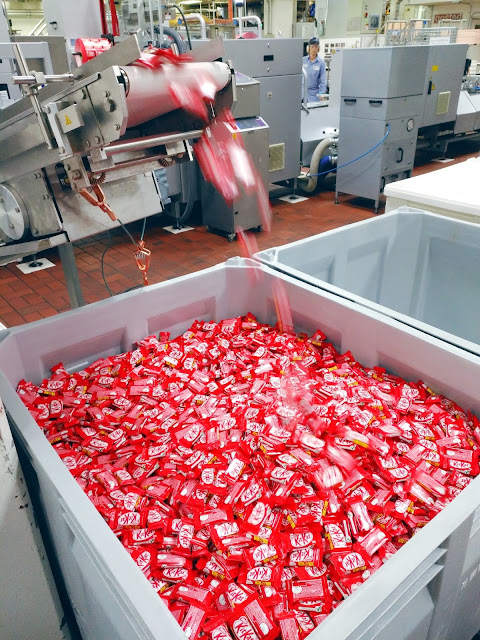 Nestlé has provided 12 million high-yield, disease resistant cocoa plants to farmers who were loosing their crops. This has helped supply jobs for those communities and has trained over 57,000 farmers in field schools in 2016. 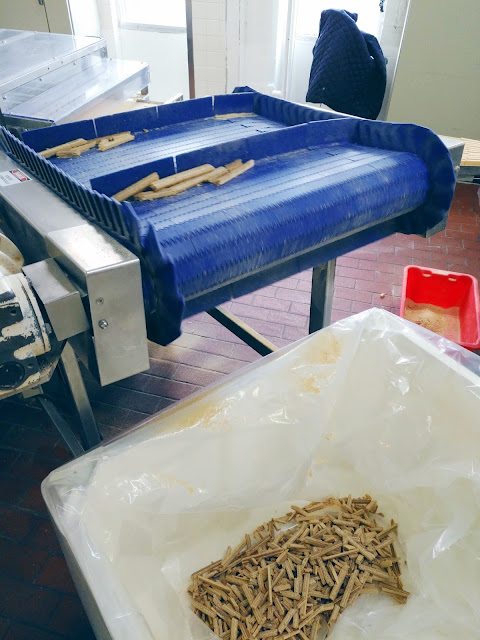 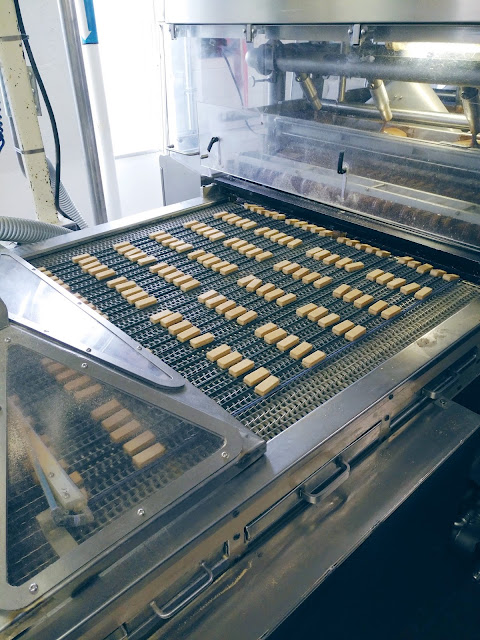 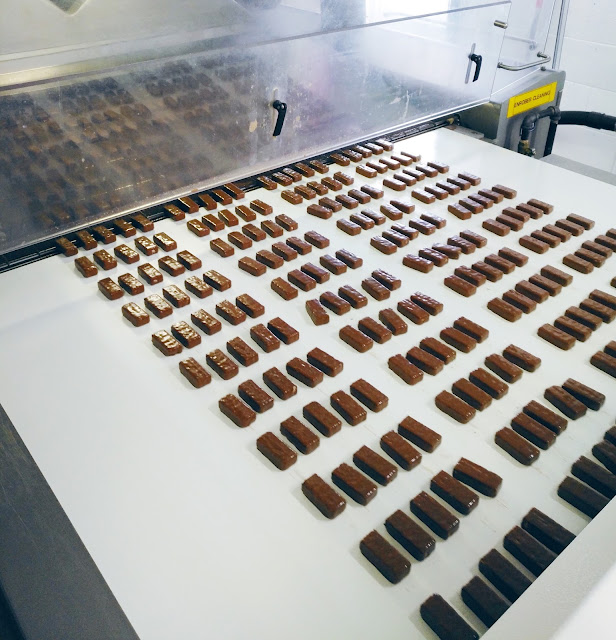 Nestlé has built and refurbished over 40 schools for the children in the cocoa farm communities and sent school supplies to students so they can properly attend school.

*After the cooling system, each bar is individually checked and anything not perfect is sent in the bin* Did you know that the Nestlé factory employs more than 500 individuals living in the Greater Toronto Area!! 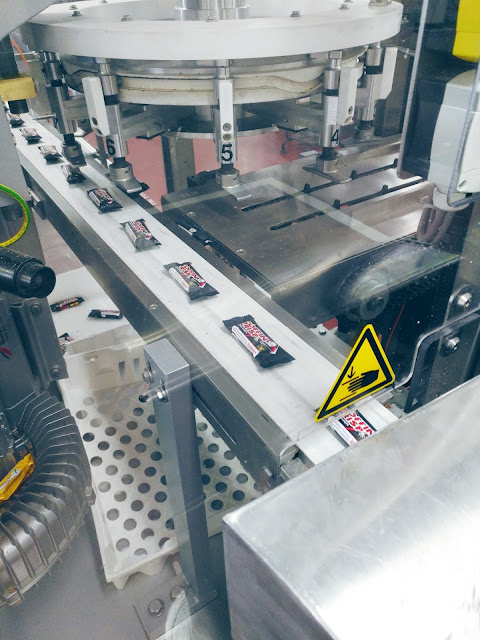 *Nestlé is preparing for Halloween so you can see here, Coffee Crisp has their Halloween label on and called "Coffin Crisp"* 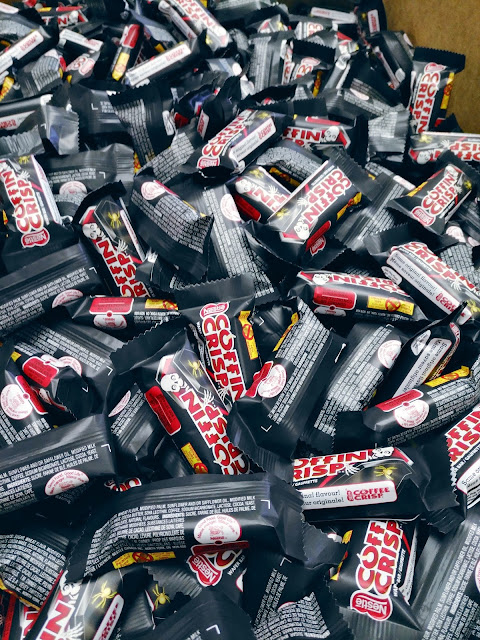 A lot of us don't think before we unwrap our chocolate bar and eat it (except how delicious it will be).  But after this tour I can't help but think of all the work that goes into each product. And all the people that Nestlé helps along the way. 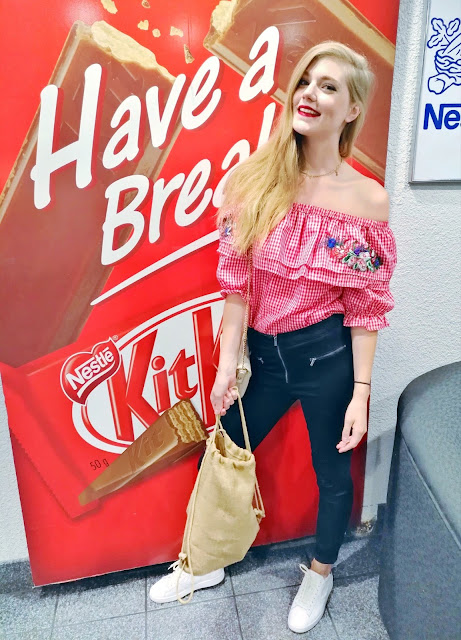 PS what is your favourite Nestlé chocolate bar!? Mine is a tie between Coffee Crisp and Kit Kat!!


*This post was sponsored by Nestlé Canada. However the views and opinions expressed in this blog are purely my own*
Posted by Sydney Hoffman at 5:15 PM 8 comments 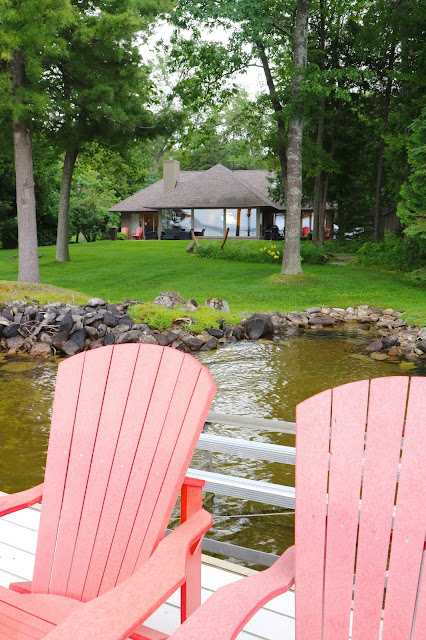 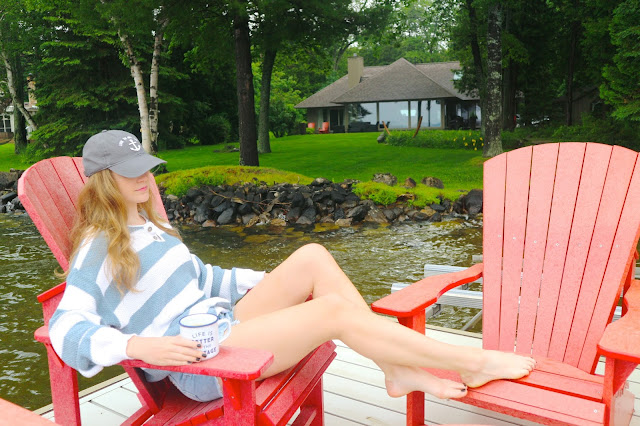 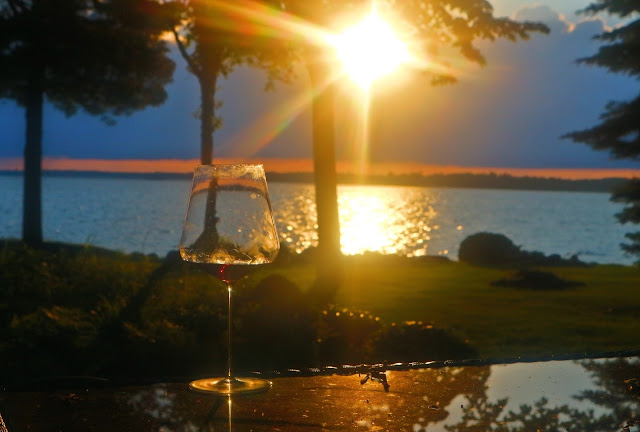 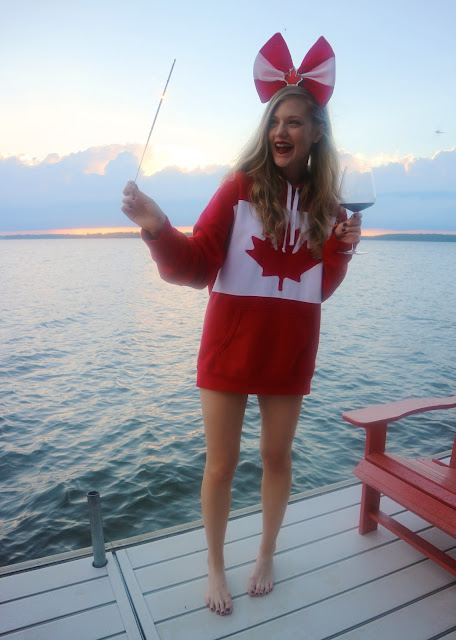 Cottage life is the best life, especially during a long weekend. There is something so exciting to see the lake full of boats and kids playing in the water. The little cottage towns packed with people lined up at the grocery/liquor store stocking up for a full weekend with close friends and family. It's truly a big party, but on a beautiful lakefront. Canada turned the big 150 this year so the celebrations were bigger and better. It was so nice to see how excited Canadians were for the big celebration!!

Whether you were celebrating Canada Day or the Fourth of July, how did you spend your long weekend!?