Believe it or not, but my Christmas Baking has begun!!!
I will have an outfit post for you guys tomorrow but I wanted to share great ideas you can make for your family and friends this Christmas that are simple to make and extremely yummy!
Christmas Cupcake Brownies with Crushed Candy Cane on top :) 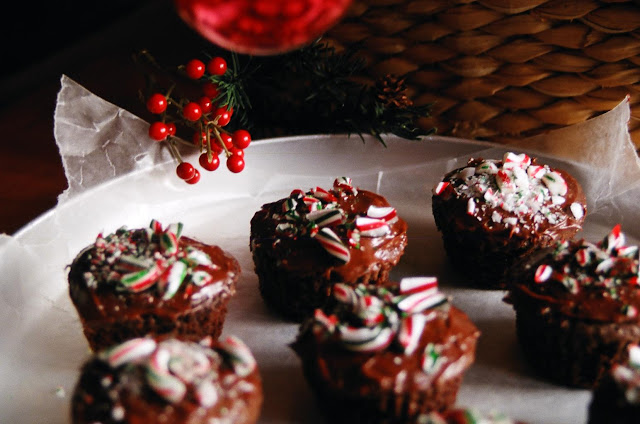 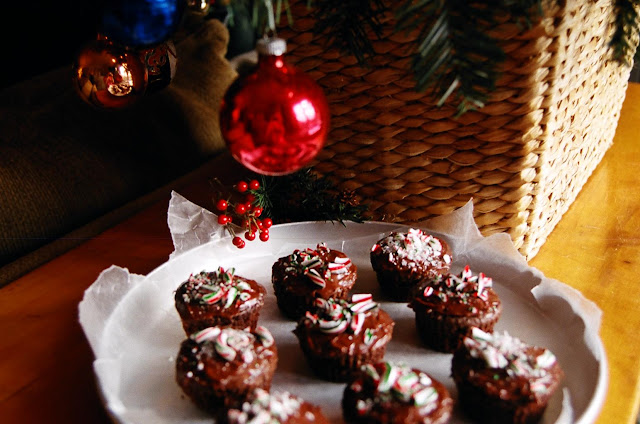 These were soo simple to make.
I bought a brownie mix with icing that comes with the box of mix.
As if making a batch of brownies do exactly what it says on the box except putting it in a pan I put them into a cupcake pan with cupcake holders. Once they are cooked, let them cool and peel off the cupcake holders (it is your choice to do so or not) then apply the icing. I had mini Candy Canes that I crushed while still in the packaging. I opened the packaging and poured it into my hand and dusted the crushed candy cane sporadically on top of the cupcake brownie. Super easy and so beyond yummy.
I had some funny reactions when my family were eating them thinking they were cupcakes but getting the brownie flavour haha
I have many more Christmas baking posts I will update throughout the next two months for you guys !!
- Sydney xo
Posted by Sydney Hoffman at 6:38 PM