I Vant to Suck your Blood 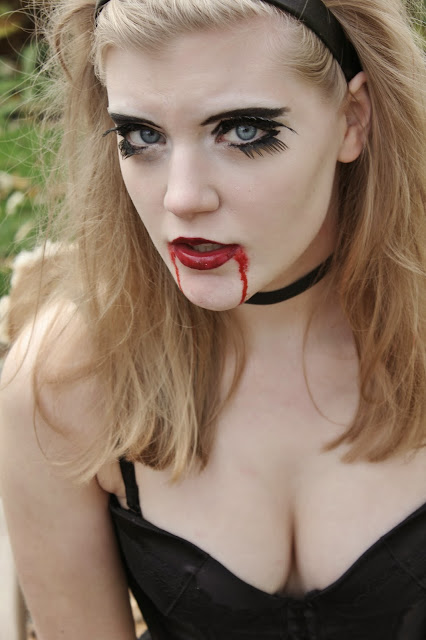 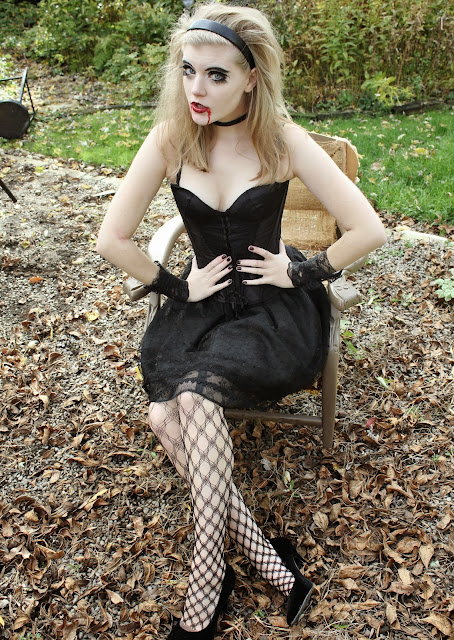 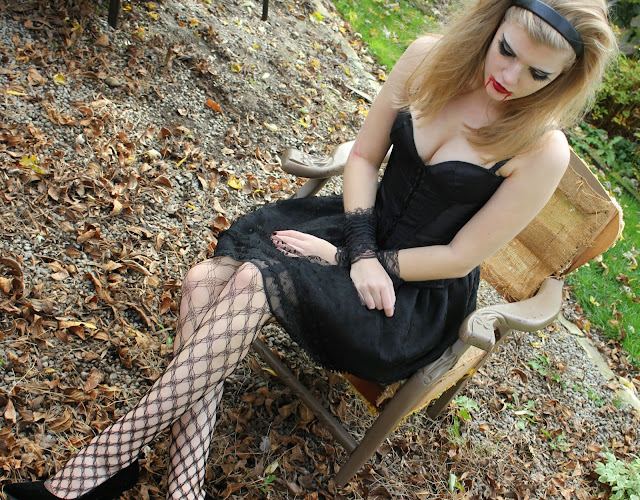 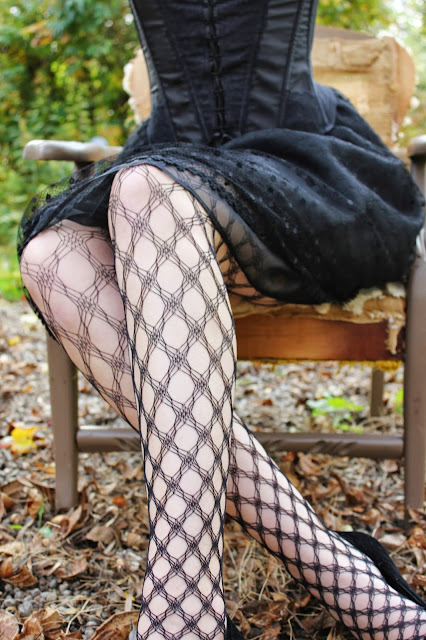 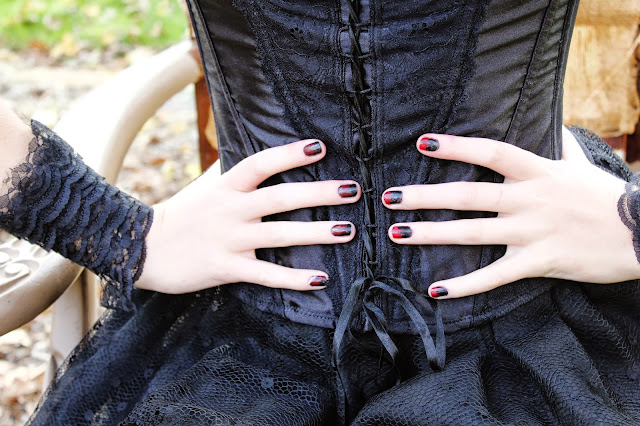 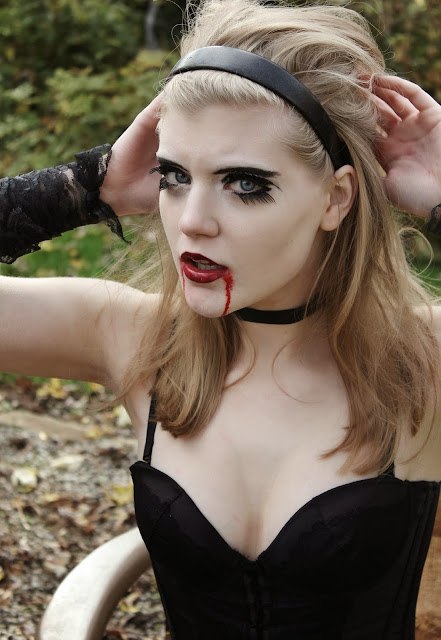 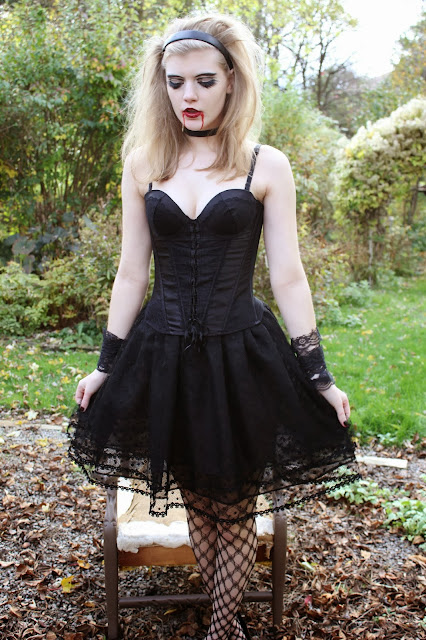 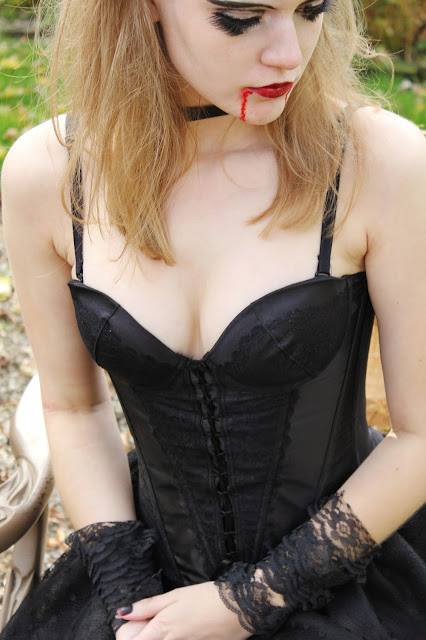 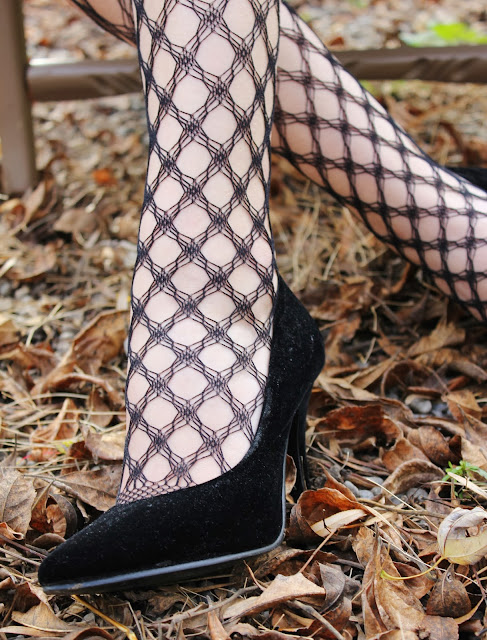 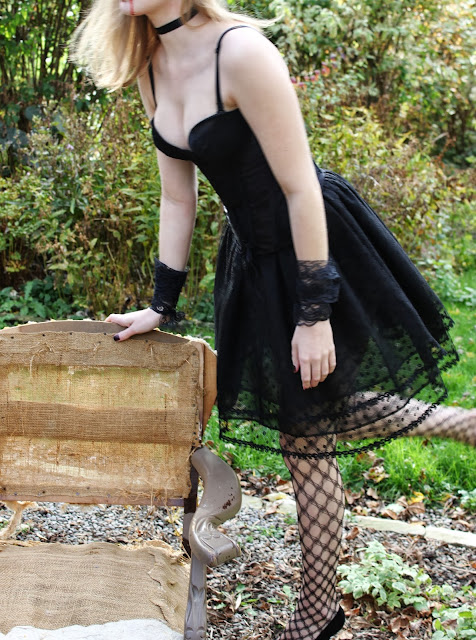 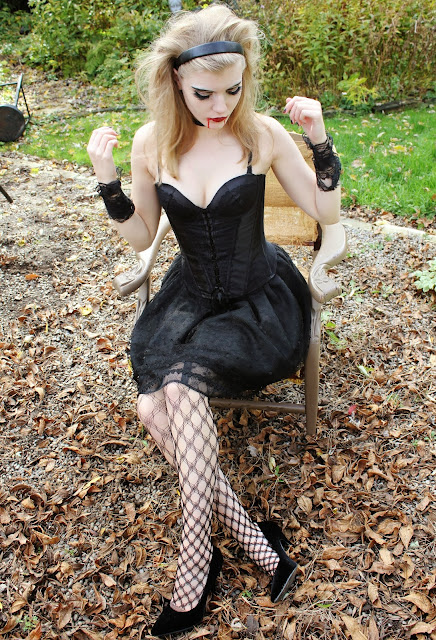 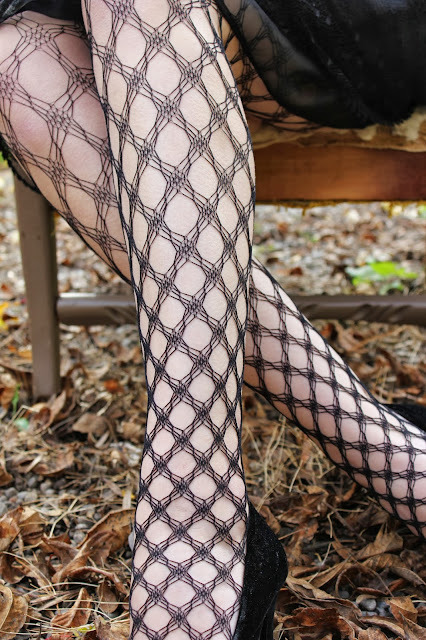 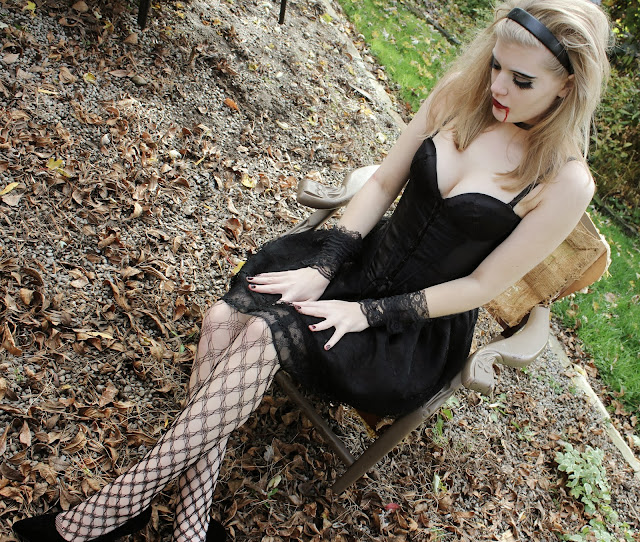 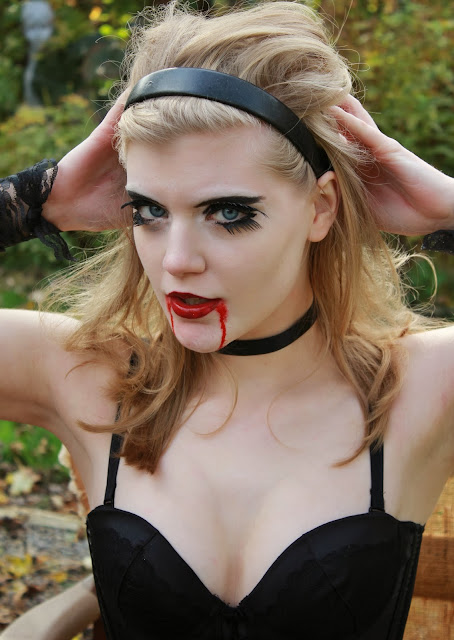 Here is my Halloween Costume for you all!!

Ever since I was younger my mom has been creating amazing costumes for me. I have been Pippi Long-stocking, Rainbow Brite, Cindy Lou Who, Paper Bag Princess, Queen of Hearts and Dora the Explorer.
When I got older I went for the cutest and simplest outfits I could put together. Now that I'm out of my teen years I'm beginning to be a bit more creative with my Halloween outfits. I'm a fanatic for holidays so I might as well go all out with my costumes. Although I am a vampire and that's not very original, I wanted to really deck out my face makeup. 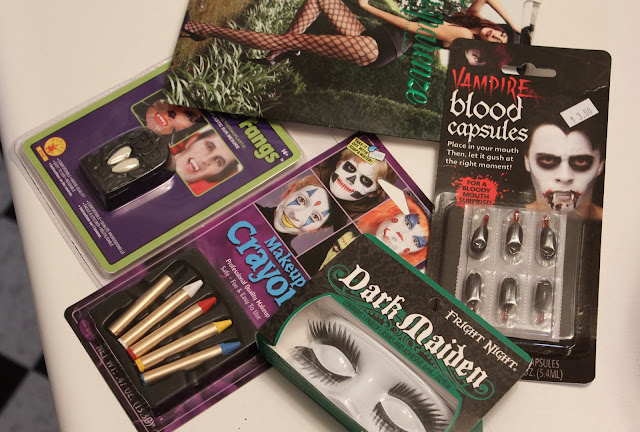 The items I bought were fake eyelashes, fake blood, fangs, nylons and white&black makeup. The fake eyelashes were a bit crazier then I had anticipated so I cut the bottom eyelashes in half to tone them down. The fake blood worked out nicely although I wished it was a little darker to look more real. A cool part of the blood capsules was that you could put them in your mouth and have the blood slowly pour out the side of your mouth. It was cool but the taste was so gross I just ended up spitting it all out. Just to prewarn you all.The nylons were great and the makeup was alright. I ended up wishing I bought white makeup that I could have put all over my face and not just for design. I ended up having to draw white streaks all over my face to make my face white as a dead vampire, even though I didn't need much because I'm already extremely white. The last thing I tried out were the damn fangs. I was so excited to have some sexy fangs and these things would not stay on my teeth. You had to put them in boiling water then mold them to your teeth and let them cool. I did everything the instructions told me to do and they would not stick. I actually used gum to see if they would stay because I was so frustrated. It didn't work, so I ditched the fangs but I thought the rest of the makeup made up for it.
The rest of the accessorizes were random lace and ribbon I found around my house. Wrapped the ribbon to make a choker and the lace to make a thick bracelet.
I had the corset already and this skirt I actually wear with some of my outfits. It looks like its a dress but it is however a two piece.

I wanted to leave you with some of my old Halloween photos :) 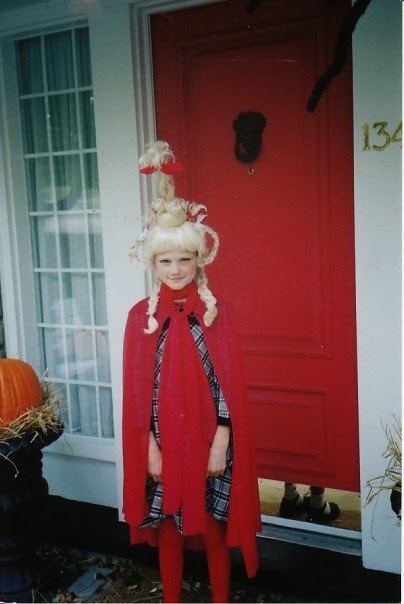 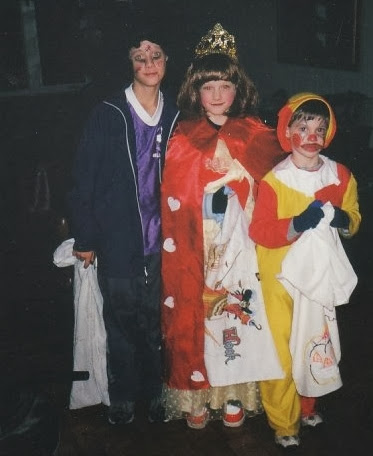 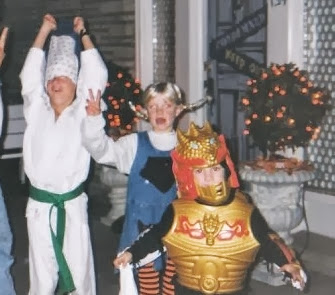 What are you dressing up as this year!?

Posted by Sydney Hoffman at 1:36 PM